A little over a year after launch, the company had gained its first 100,000 users. [9] In July of 2012, GitHub secured $100M in venture capital from Andreessen Horowitz, a massive bet and vote of confidence for a software company at that stage.This investment, the firm’s biggest to date, resulted in a $750M valuation. [4] That same year, Forbes named GitHub one of the Top 10 Tech Companies. [7] 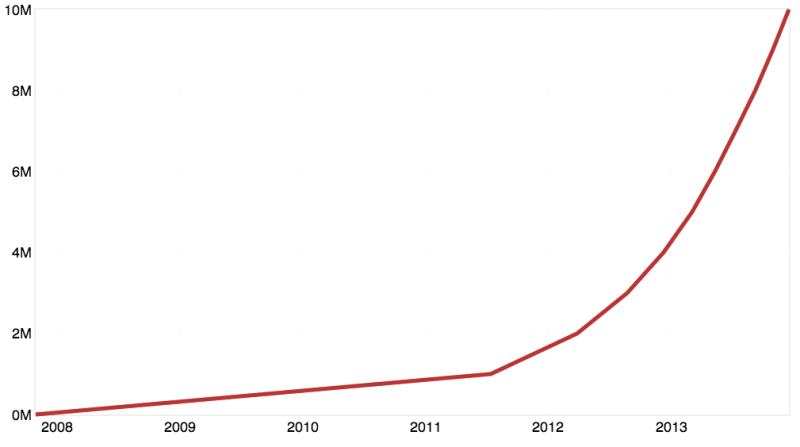 Some of GitHub’s notable customers include Amazon, Twitter, The White House, Facebook, which used GitHub to build a bug-tracking tool, and LinkedIn, which maintains its People You May Know and Skills & Endorsements features using GitHub. [17]

So how has GitHub grown from a self-proclaimed “weekend project” in 2008 [8] to what is arguably the world’s most powerful software development tool, with a $750M valuation and adding 10,000 new users on average every weekday? [4]

In 2005, Linus Torvalds developed Git as a version-control system for Linux kernel development. Developers quickly began adopting Git because it was (and remains) faster and stronger than the alternatives. Though not perfect, Git was considered an upgrade over other version control software available. [4]

“At first GitHub was a weekend project. Tom Preston-Werner and I were hanging out at a sports bar after a local programming meetup when he told me his idea for a git hosting site. It’d be a place to easily share code and learn about git, a git hub. It started more out of necessity than anything else: we both loved git but there was no acceptable way to share code with others. Tom thought I’d be interested in helping fix the problem, and I was.” [8]

GitHub began first and foremost as the solution to a problem, and the site has taken off not only because it solves that initial problem, but it adds many of its own features on top of the original functionality of Git. These features are forking, pull requests, and merging. As Klint Finley of TechCrunch, quoting Gregg Pollack of Code School, explains:

“Before GitHub, if you wanted to contribute to an open source project you had to manually download the project’s source code, make your changes locally, create a list of changes called a ‘patch’ and then e-mail the patch to the project’s maintainer. The maintainer would then have to evaluate this patch, possibly sent by a total stranger, and decide whether to merge the changes.” [13]

By contrast, GitHub’s “forking” feature allows users to copy any public repository to their own account and modify it from there. Users can then share those changes with the repository’s owner via a “pull request.” If the owner likes the changes, then he or she can merge them with the original repository. [13]

This new process removes the massive overhead and friction of previous software collaboration, and replaces it with a seamless, manageable and scalable solution that allows anyone to share or contribute to improve or expand software projects shared publicly on GitHub.

GitHub customers with private accounts and repositories can leverage the same functionality across their teams, allowing software teams to develop and manage proprietary code with the service as well.

The aforementioned features and functionality are what attracted the first users to GitHub, and create a powerful reason to join and participate for other developers. This center of talented engineers and their public repositories helped to contribute to a network effect that continues to pull in new users every day. 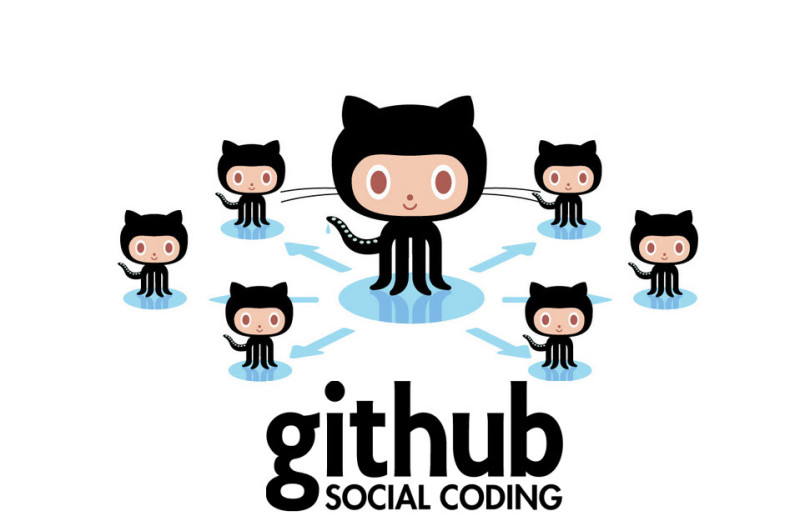 This unique aspect of GitHub is also its most powerful growth engine. GitHub is driven by both network effects and marketplace dynamics. The company benefits from two distinct and multiplicative growth drivers: network effects to pull in more people and their code, and an evergrowing code repository acts as a marketplace for people seeking out code for their projects.

The result of this dual growth engine is the creation of two massive assets:

These two assets are the sustainable drivers of their growth. New users are pulled in through multiple channels—either via searches for code, invitations from existing GitHub users, or through collaboration on open source projects.

GitHub has been called the “Library of Alexandria for code examples,” and for good reason. [13] As Preston-Werner explains:

"The network effect is awesome. There are standards now based on GitHub, so everybody can come in to a new project and immediately know how to get the code, how to contribute code, how to review the code, how to submit issues to the code base.... The more people do that, the stronger the effects and the gains from having a uniform, well-known, standardized system. And that's happening really, really rapidly." [5]

And with GitHub now the defacto standard for many developers and companies, the greatest minds in coding are all in one place, building things together, and GitHub not only facilitates that but records it for others to see. GitHub profiles keep track of users’ contributions to projects across the site. When a user submits a pull request, that project’s manager evaluates the user’s profile much like a resume. If the patch is accepted, that’s one more accolade on that user’s profile.

GitHub’s network effect is energized because each new user—whether an individual or company—has the potential to bring in many additional users. A company can decide to join and bring their whole team on, or vice versa, a single individual who loves GitHub can bring their entire team to the platform.

The network effect also draws in people who want to work with the developers now on the platform. Technical marketers and other professionals are now using GitHub as a way to reach developers, by open sourcing information, books, and using the platform as a way to blog. These uses weren’t part of the original use case for GitHub, but help drive adoption and an ever growing network.

In addition to the network and marketplace drivers, GitHub’s growth can be attributed in part to word of mouth. Word of mouth, as Holman explains in a talk on Word of Mouth at SuperConf2012, “means people [are] genuinely excited to share your product with their friends.” The talk begins with Holman’s assertion that adding “Tweet” and “Like” buttons isn’t word of mouth. Rather, word of mouth comes from content, thoughtfulness, solved problems, and ease of use—in short, the whole experience of a product or service.

Holman says that GitHub’s word of mouth is driven by both surprise and delight, or the principle of “speak softly and carry a big ship.” What this means is that rather than talking up all the great improvements they’re going to make, they just make them. He explains, “Nothing’s better than saying: Surprise! It’s just a regular Tuesday morning. Oh, and here’s something new that fixes and improves your life.” He goes on to say, “It’s a safe, easy way of generating buzz.” [14]

You might remember our discussion of the merits and drawbacks to freemium from our analysis of Evernote’s growth engine. As with Evernote, freemium has been a significant growth factor for GitHub. While the company’s philosophy of cooperation and democratic development necessitated a free plan that granted anyone and everyone access, the founders were also acutely aware from the outset that the service was, by its very nature, going to cost money. As Wanstrath points out:

“One thing Tom [Preston-Werner] had learned at his previous venture, Gravatar, was that offering a resource intensive service for free was a losing proposition. In that case it was high traffic image hosting, but in GitHub’s case it was git hosting. Storing and transferring code was going to stick us with a large server bill. We needed a way to recoup costs.” [8]

Luckily, without necessarily intending to, their launch in free public beta set GitHub on the path to the freemium model. Wanstrath explains that it was free for early GitHub users to create public and private repositories, and more and more people began using the site—just as Hyett and Wanstrath were—for business code.

That’s how GitHub began the shift to its current pricing model—public projects are free, and private plans start at just $7 for individuals and $25 for organizations. There’s also an enterprise tier that can run millions a year, used by companies like Lockheed Martin, Microsoft, LivingSocial, VMware, and Walmart. [5]

In this case, the freemium doesn’t cannibalize the paid plans, as the use cases are completely different. This avoids the common issues that plague freemium businesses where no compelling reason to upgrade exists. The desire to keep things private while using the tools provided by GitHub makes the paid plan a no brainer for companies who wish to use it. 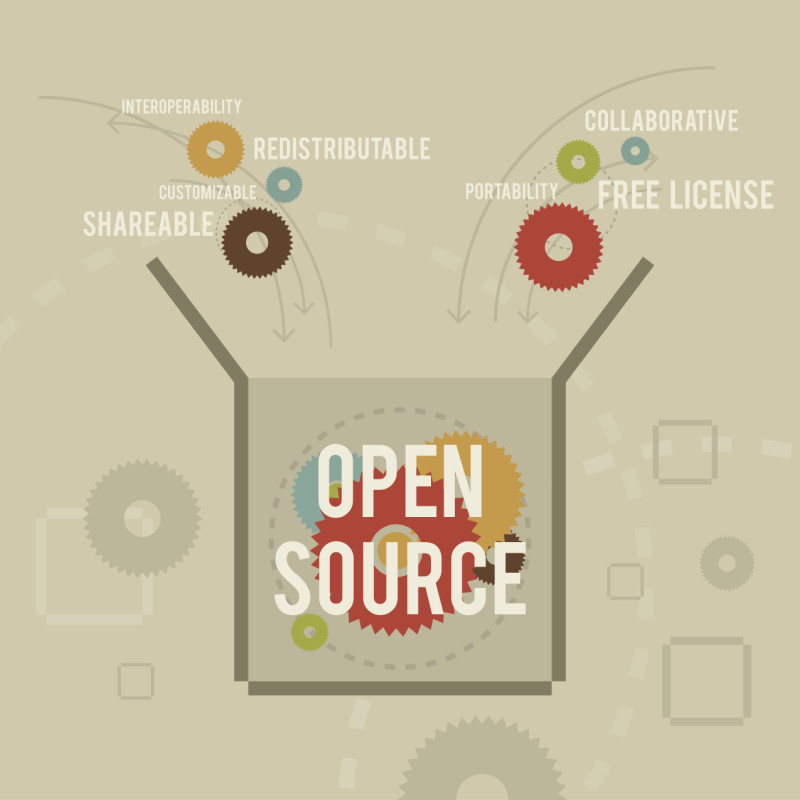 GitHub’s collaborative structure doesn’t just make working on existing open source projects easier—it makes it easier to open source new projects. Now companies and individuals can open up previously private projects to the public, where they can be improved upon by the community.

It’s hard to understate the significance of this change. If a private company wanted to open source a particular project, they’d face all of the versioning and patching issues mentioned earlier. With limited time and bandwidth, most companies chose not to invest the time and resources needed to support that open source opportunity. Now with GitHub, its become much easier for companies to open source code. The overhead of managing patches, versioning and hosting are all taken care of by GitHub.

This new reality has led to a series of highly visible, open source projects released by companies, including Bootstrap by Twitter, and Ink by Zurb, for the community to use for free and improve upon. GitHub has created an outlet for these companies to contribute back to the community in a way that wasn’t possible before, fueling the interest and participation by private companies to the open source movement in a meaningful way.