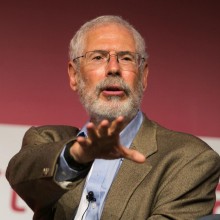 AMA w/ Steve Blank, Creator of the Lean Startup Movement and Author, The Startup Owner's Manual & The Four Steps to the Epiphany

Entrepreneur-turned-educator Steve Blank is credited with launching the Lean Startup movement. He’s changed how startups are built; how entrepreneurship is taught; how science is commercialized, and how companies and the government innovate.

Steve is the author of The Four Steps to the Epiphany, The Startup Owner’s Manual -- and his May 2013 Harvard Business Review cover story defined the Lean Startup movement.

He teaches at Stanford, Columbia, Berkeley and NYU; and created the National Science Foundation Innovation Corps -- now the standard for science commercialization in the U.S. His  class at Stanford is revolutionizing how the U.S. defense and intelligence community can deploy innovation with speed and urgency, and its sister class, , is doing the same for foreign affairs challenges managed by the U.S. State Department.

He will be live on Nov 10 starting at 930 AM PT for one and a half hours during which he will answer as many questions as possible.